Dundee Dragons fielded their first ever wheelchair basketball squad at the Development League held at The Peak, Stirling on the 23rd of February. Aided by a couple of Glasgow Warriors the team played 3 games and despite many of the players being complete novices did themselves proud,  even winning their game against Grampian Flyers! Well done to everyone that took part and made the day such a success! 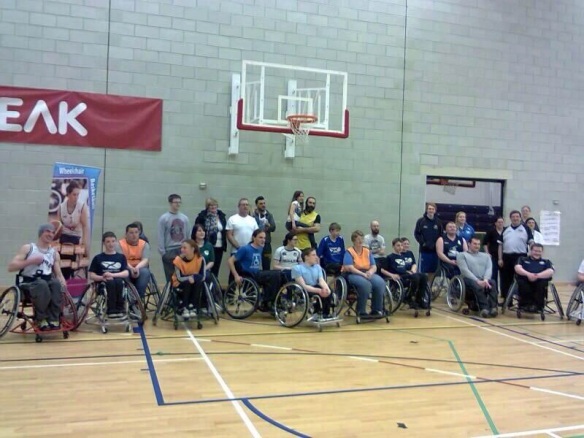